Who are the owners of the Governance and Security area?

Who are the owners of the Governance and Security area?

Why is that all the decisions taken following authorization assignments requests fall under the IT department?

Why should it be the IT who identifies which role to attribute?

The business should formulate a request so that the IT is able to process it without reiterations, or make available a tool for automatic authorization assignments provisioning, perhaps after an approval workflow.

What has just been described, unfortunately, almost never happens for several reasons, let’s see why! 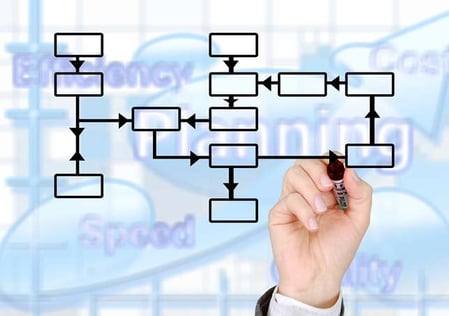 But whose is the data present in the systems? It or Business?

Who are the owners?

Let’s say straight away that it’s not simply by sticking a label to someone that the problems mentioned above will magically disappear. It’s necessary to carry out a set of actions to make functions and processes more fluid over time.

Which would then be the owner concepts to adopt?

How can the owners be of help?

When talking about authorization management, supposing that a model of roles based on professional figures exists, the identification of a role owner (in the two possible types) can facilitate:

The described scenario can be realized through iterations via mail, or even better, through the use of approval workflows.

The tool that SAP puts at disposal to manage the users and roles lifecycle is called SAP Governance Risk and Compliance Access Control. In particular, the Access Request Management (ARQ) and Business Role Management (BRM) modules.

The ARQ module allows to define approval workflows that govern the users' lifecycle, particularly during hirings, job switching and termination.

The BRM module, instead, allows to define methodologies that must be followed by who constructed the organizational roles during the definition of the authorizations.

These methodologies can contain approval steps that formalize the various steps of the lifecycle of the authorization organizational roles.

For both tools a formalization of the owners is requested, so that it may be possible to configure and utilize the available functions.

It’s not necessary to have the SAP GRC Access Control tool to activate a process of users and roles lifecycle management, even though it is surely useful.

Defining owners inside the organization and utilizing the already existing tools is for sure a good first step, instrumental in facilitating the adoption of tools like GRC Access Control

Still unclear on how to define owners? Tell us your needs, we have faced many such projects.